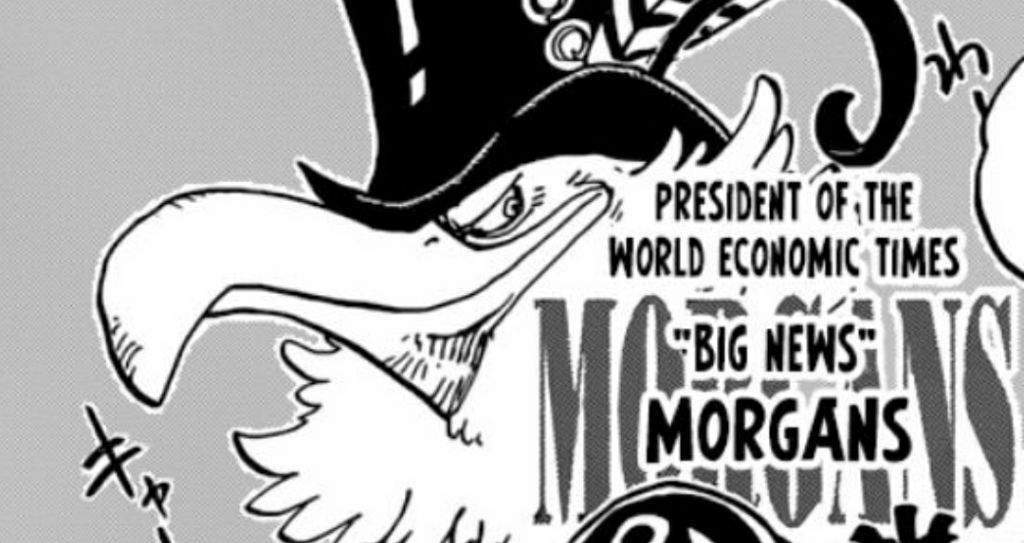 Chapter 863 was, without a doubt, my hands down favorite chapter of the Whole Cake Island arc thus far. Every single setup is coming together for a massive cluster of a punchline. All of the plot threads established throughout the arc are cleverly oozing together into one big mess. Regardless of the sloppy nature of these events, the tight knit tension that Oda masterfully weaves is still in place, amplifying to even higher levels.

Before reading this post, I would highly recommend checking out Code Provider’s chapter review over on his YouTube channel. As someone who is far more knowledgeable on the medium of manga than I am, he is able to give a fantastic review from a perspective I simply do not have.

Moving right along, I am glad Oda took the time to explain how the Straw Hats were able to get to the top of the cake. It was a detail that could have easily been brushed over, but I appreciate the time being taken to make sure the audience is completely following the situation at hand, especially in such a mess of climax. I feel the same way regarding the clarification that the Luffy clones were made by Brûlée, using animals from the Seducing Woods. I was able to make this prediction in advance, but I do know other readers who were not, so I’m glad Oda made this clear for their sake.

One of the factors that made this chapter so much more exciting to me was Big News Morgans’ presence. I explained in an earlier review why I have become so enamored by this character. As a journalist myself, the fact that he is on the scene actively reporting is just so interesting to me. It provides a stronger sense of scale to the arc climax; these are world-changing events. Even though he didn’t initially plan to, it’s nice to see a news industry tycoon on the scene covering the action himself. This is something you just don’t see in the real world.

One of the strongest traits of Oda’s writing style is heavily reflected in this chapter- his ability to seamlessly integrate comedy into dramatic scenes. Despite being one of the most tense and gut-wrenching chapters to date, I found myself laughing out loud twice- the first being when Nami insulted Caesar to the point of tears, the second when Bege is shocked by Luffy’s straightforward attack. This integration is one of the defining traits that allows One Piece to stand out from the rest of its Shonen Jump neighbors.

Dogtooth has been proving his bounty to be worthwhile over the past few chapters. Not only does he have future sight via immensely strong Observation Haki, but he is a Logia-type Devil Fruit user. Through his attack on Luffy, it is revealed that he is the bearer of the Mochi Mochi no Mi. When observing his ability, I couldn’t help be reminded of both Luffy and Trebol’s fruits; Dogtooth’s is essentially a hybrid of the both. I’m not one to harp on abilities and power levels in manga, but I thought this comparison was interesting to point out.

His use of this ability on Luffy also brought out an interesting point via Big Mom. Her anger towards Dogtooth for what she perceived as protecting her is very indicative of her personality. She is so confident in her own ability as a Yonko that she takes any form of assistance as an insult. I feel this immense narcissism will play an important role in her eventual downfall.

Enough beating around the bush- we all know who the true star of this chapter was. Chapter 863 served as Jinbe’s official induction into the primary Straw Hat crew. In an unforgettable scene that gave me literal chills, Jinbe declares mutiny towards the Big Mom Pirates and joins the Straw Hats.

As the narrative of this arc was built up, there were two possible paths that Jinbe’s character would take. He would either officially join the Straw Hats, or sacrifice himself to save them. Although the latter is still a possibility, the first has come to fruition. We have our tenth Straw Hat everyone.

This brings up the issue as to what will happen to the crew Jinbe currently captains, the Fishman Pirates. I can feasibly see the second in command, Aladine, assuming the captain position, and the crew will continue on as independent allies. Equally plausible is the assimilation of the crew into the greater Straw Hat Grand Fleet. Either would leave Aladine in a newfound position of power, as Jinbe would most likely live aboard the Sunny with the rest of the primary crew.

The reason this chapter was so special to me was not just the induction of a new crew member, but the manner in which it is conducted. Jinbe gives his generic, but always immensely satisfying, Luffy is going to be the Pirate King speech. This declaration has become a rite of passage over the course the series; it seems that every incoming Straw Hat makes some form of the monologue.

Jinbe’s, however, might be the most satisfying yet. The manner in which he directly confronts Big Mom sent shivers down my spine. His lack of fear towards death in the face of Big Mom’s fear reliant ability was an added bonus. His gentlemanly nature is only amplified through his symbolic gesture of a sake offering, one that Big Mom promptly refuses via smashing the cup.

In perfect narrative rhythm, this heel smash gives Brook the opportunity to destroy the photo of Mother Caramel. Big Mom was already at rage point, about to strike Jinbe. I’m sure we’ll find out if this move will put her in the catatonic state of rage Bege expected at the start of the next chapter.

Chapter 863 was one of those chapters that perfectly captures the spirit of One Piece. Oda manages to pack laugh-out-loud humor within the same pages as spine-tingling drama, unintentionally creating a microcosmic reflection of the series as a whole. Obviously any chapter that involves the inauguration of a new crew member is unforgettable. However, this was handled so beautifully that it may be one of the best inductions yet.